Last years winner's were personally introduced to several talent managers. In addition to our grand prize winner receiving a one hour consultation with talent manager, Chris Deckard at Fictional Entity.

"It was a great honor to be included in this screenwriting contest."

"I am thrilled to be named a finalist for my animated/live action musical adventure. Thank you all at Faith in Film. To receive the kudos, "Fantastic... Absolutely brilliant" is mana for my soul. This has been such a long journey....and on and on it goes!"

The following is from an interview with 2019 winner, the brilliant and talented James Norris.

What's your background? How long have you been writing?  And what made you choose and or transition into screenwriting?

I wrote my first teleplay, "Yellow Alert" a spec script for Star Trek: The Next Generation (ST:TNG) in 1988.  I went out to Los Angeles and found an agent with no science-fiction TV experience to represent me, and he really dropped the ball, the details of which I won't go into.  But "Maurice Hurley (second season Executive Producer and creator of the Borg!) let a pile of 110 spec scripts pile up on his desk at the end of the second season when it was decided (by him or Gene Roddenberry - I don't know the details) that he would not be returning for the 3rd season and that it made it through four cuts and into the final 10 scripts under consideration of which none were produced.  But as a result I was given a letter allowing my subsequent 3 scripts to be submitted to Paramount without representation.

I decided to write "Yellow Alert" In the summer of 1988, after attending a ST convention in Denver CO. An ST supporting cast member had just finished his talk, and the MC was warming up the crowd for a big-name (I think it may have been Leonard Nimoy) and asked the audience who they'd like to see at next year's convention. The obvious names, Shatner and Stewart (now "Sir Stewart"!!!), etc., were all called out.

And then someone called out, "Will Wheaton!". The crowd went berserk, and not in a good way. After at least a minute of cat-calls, the MC got the crowd under some semblance of control, and said something to of the effect of, "Yeah, right. What do y'all think would happen the moment Will Wheaton took the stage and opened his mouth?". The audience replied in one, very loud voice, "Shut up, Wesley!".

So, I wrote a spec teleplay, "Yellow Alert", to try put a less annoyingly perfect face on Wheaton's character. ST hadn't dealt with drug addiction ("Mudd's Women" certainly didn't count!), and I thought this was a perfect vehicle to talk about the pressure young people are under today, or rather then--I remember stories at the time about parents doing crazy things to get their children into the right pre-school so that their children would be able to get into a good college!  (Now they just make up a sport that their post-high school aged children supposedly excel in and bribe a coach.).  In the teleplay, Wesley, suffering under the pressure of being an "acting" Ensign, becomes addicted to a holodeck simulation some of the brighter kids on the Enterprise-D have developed.  Unfortunately, "Wesley" was Gene Roddenbery's middle name, so...

What screenwriting training have you received? And what were some of your biggest breakthroughs?

I have no formal training whatsoever.  Everything I know about writing teleplays I learned by reading STTNG teleplays I bought at ST conventions and watching the episodes with the teleplays in hand.

What else have you written? What writing habits work for you?  Do you write in short bursts or long shifts, in the morning or late at night, do you write at coffee shops, at home, or at the office when no one else is looking?

Well, I wrote three more STTNG specs--none got produced, and the fourth one was submitted after they had finished writing all of the 7th and last season's episodes, so I don't really count that one as a failure.

I've got four novels in various states of non-completion, the space opera (I hate that term, but Lord help me, that's what it is) The Loops of Time, Book 1 of the Timeloop Trilogy is a little more than half done at 179 pages--it's about a 22nd century physicist who can't do physics anymore due to a brain injury who discovers that there is a God, but s/he/it is unaware of and indifferent to its creation.  There's the speculative fiction The Order of the Brotherhood--about a fifth completed at approximately 70 pages--the warden of a prison, who is, himself, an ex-convict, in a post-apocalyptic Illinois who must defend the democracy of the Brotherhood, i.e. his prison population, against an autocratic ex-Senator who is the de facto leader of surviving population of Peoria.  Another about-one-fifth-done high fantasy novel, A Broken Ruh, Book 1 of the Djinn War trilogy, in which an Afghan War vet must decide if his moral autonomy is more important to him than saving the life of the woman he's come to love.  Then there's a Christian fantasy A Desolate Habitation about Judas Iscariot who has been reincarnated time after time since his betrayal of Jesus which I've only really just started at almost 30 pages. I've written a number of short stories that have been published online and in print.

I work at home almost exclusively, because I work best with music, but don't like cutting myself off from the outside world by wearing earphones.  I've never written in a coffee shop as I'd feel obligated to buy something, and coffee makes it hard for me to ignore the little voices.

What's the title of the script you entered, and what's it about?

Project Ωmega- Nina Blacke is the title of the teleplay I submitted to the 2018 International Faith in Film Competition and which won the Grand Prize.  The log line is:

A retired Army colonel must deal with his son's ritualistic murder, his wife's suicide and his loss of faith in God, as he, his experimental psychologist daughter and a professor of Religious Studies expose a fraudulent spiritualist before she swindles a widow while filming their paranormal-busting reality TV show pilot.

Where do you look for inspiration and what inspired you to write this script?

I don't look for inspiration for my short stories and teleplays--inspiration usually finds me.  My first published short story, "Izzie Tells No Lies" was inspired by a song entitled "Annie Told Me" by the band "The Motels" (raise your hand if you remember this 1980's band).  My second published story "Angel of Death" was inspired by a piece of poster art entitled "Summon the Reaper" by Anne Stokes I happened to see in an Oriental curiosity shop.  I can't think of a single short story that I've written that I made up out of whole cloth, nor one where I had idea and went looking for inspiration.

I've already talked about my inspiration for "Yellow Alert".  My second spec for STTNG, "To Better the Instruction", was inspired by a conversation I had with wife, Kathryn Kerby, of my best friend from high school and college, Paul C Powers, when I was out in LA trying to find representation for "Yellow Alert"--Kathryn had a fairly well developed plot-line and asked me what I thought of it; I liked it and wrote the teleplay when I got back to Denver; I sent her the first and second drafts for comments and then submitted it to Paramount.  "veStaHneSwI'a'" (Klingon for "The Ultimate Warrior") came about from a really bones concept--what if the Enterprise-D found a lost colony of Klingons?--given to me by my roommate at the time, Stuart Schillinger; Stuart moved out by the time I finished the teleplay, and we didn't really talk much about it before I submitted it to Paramount.  The fourth and final STTNG spec teleplay was inspired by a very simple question prompted by an episode of Superntural--some of the best TV ever!!!--what STTNG were to do a Halloween episode.

My novels seem to be a different story.  These seem to have all been delivered to me by Calliope--I can't point to any occurrence in my life that prompted any of them.  Well, except for Judas's story in the Bible for A Desolate Habitation, of course.

Describe your process? Do you outline your story first? Do you use notecards or a beat sheet? Or do you simply sit down and let it flow?

I am totally a plotter.  I come up with "the big question" of the story first, then develop the characters, write up an outline, and start writing.  One of the things I find most useful is something that I may have invented--I find this hard to believe, but I've seen anything like it in the literature on writing--I call them Character Relationship Maps (CRM), and they answer the 6th W--which I "discovered" -- of the 5 W's:

What does s/he want?

Why does s/he want it?

What must s/he do to get it?

What’s at stake if s/he fails?

CRM's force me to think about a character's relationship with the other characters, and I've found that it generates more possibilities for conflict, which, as we all know, is the key to good storytelling.

What was your experience with our festival? Are you happy with your involvement? What did you like most about your experience? And what could we improve on?

Well, I won the Grand Prize, so my experience with the 2018 International Faith in Film Competition was quite positive and I'm pretty happy with my involvement.  My teleplay was sent to five industry people, one of whom gave me notes. .

What are you writing now and what do you plan on writing in the near future?

I'm writing a one-hour TV pilot for pay!!!  Not a lot of pay, but if it goes well, I'll be able to put a paid writing credit on my imdb page.  And it may lead to Show Creator, Executive Producer and/or Showrunner duties!

Any advice for those about to dive into their first feature-length screenplay?

Well, I've never written a feature-length screenplay--just one-hour teleplays--so I'm not in a position to give advice regarding this topic.

Last, but not least, what have been your biggest victories since entering our festival? Any more awards, any representation, any options, connections, new opportunities, and or plans to move to New York or LA?

Project Ωmega was a Semifinalist in the 2019 Emerging Screenwriters Writers Competition, not placing as well as it did the 2017 Creative World Awards or the 2018 International Faith in Film competitions, but still, it was a placement.  While attending an International Screenwriters' Association's "Table Read My Screenplay" event in Park City UT a few weeks ago, I met a Producer/Screenwriter who agreed to read and give me coverage for Project Ωmega which he though was a "solid" teleplay, but, of course, could use some additional polish.  Most importantly, he knows the actor I would love to see play Project Ωmega lead, and has agreed to pass Project Ωmega onto this actor once I polish Project Ωmega based on his coverage.  He also offered me an opportunity to take an idea of his for a one-hour supernatural/procedural and write the pilot teleplay for it. 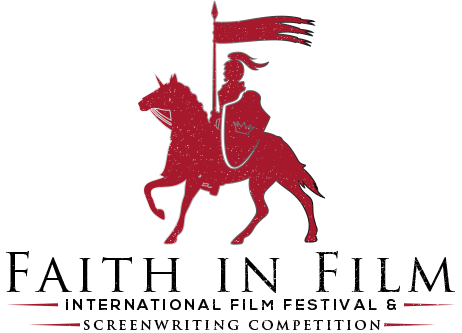