"I think there should be more film festivals like this one for two reasons. One, it was well run. And two, the film industry needs to promote more uplifting stories. There seems to be lack of them unfortunately in movie theaters, and people need the moral grounding that only stories can deliver." -Harrison Fowler

"Overall excellent experience. As a screenwriting competitor, I did not attend the festival. As a finalist, the festival team wasted no time in contacting me. If anything, I was the one hard to reach. From the initial phone calls, the detailed script notes and their promise for a contact meeting with someone “in the business,” this group has done exactly what they said they would do. Thus far, a totally pleasant experience. Better than any other festival I have dealt with." -Robert Tate

"This festival was far and above a delight to be a part of and we were well received by the community. Thank you!"  -Mark Rose

"Wow. We are so honored. Thank you so much." -Hess Wesley

"This was my first submission for the “Faith in Film International Film Festival and Screenwriting Competition”. It far exceeded my expectations as I made it into the quarter finals and had some very kind words of encouragement from the sponsors of the event.  I would highly recommend this competition to all Screenwriters." -Vic Quinton

"Great competition for screenwriters! I will enter again." -Victoria Rosendahl

"Thank you for the Quarter-Finalist placement of my original screenplay Gladiator Wars Z of the World!" -Raymond Harrison

"We are absolutely thrilled with Faith in Film: Int'l Film Festival & Screenwriting Competition! This was our first time submitting to the festival and were honored to have been a part of it! Definitely looking forward to submitting some of our other projects to this festival! Thank you FIF!!" -Kevin & Maria O’Bryan

"Thank you very much for nominating my film. We wish your film festival continued prosperity." -小路谷 秀樹

"I am incredibly honored to have had my first screenplay – “The Whole Zen Thing” – be named a quarter-finalist in the 2022 competition. Sending sincere thanks and gratitude to the ‘Faith in Film’ team for their kind recognition – and for their ongoing mission to support faith-based content!"  -Mark Clemente

"It gives us immense pleasure to get our movie KUGRAMA selected in your prestigious film festival as a nominee. Thank you so very much for this wonderful opportunity. We are honoured and received your valuable award respectfully." -Lokendrasurya Surya

"Thanks again for quarterfinalling my drama screenplay OF GOD'S WILL. It was an honor and I am happy someone enjoyed reading the script!" -Danny Yang

"We were excited to receive a nomination for our TV Pilot. We think the genre of the festival is highly important and a good thing for filmmakers of Faith." -Larry E. Johnson

"My feature length script was a Quarter Finalist. Received good notes. You guys are appreciated. Give thanks." -DK Nwosu

2022's Screenwriting winners received consultation packages provided by Roadmap Writers that included consultations with top talent managers in New York and LA with a minimum of one hours worth of script notes from an industry pro for the grand prize winner. Our top two finalists also received individual industry consultations.

When Crosses Clashed by Robert Tate

Evicted from the Whale by Randy Steinhauser, James Seamans

The Lazaretto by Steve Garry

The Josephus Conspiracy by David Garrett

The Last Creation by Brad Cooper

Aren’t You the Family? By Angelise Milton

Sport of Kings by Sharlin Quest

Final round judging provided by Coverfly. 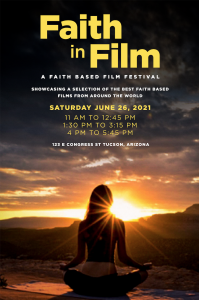 "The Faith in Film International Film Festival and Screenwriting Competition is an amazing opportunity for writers. After winning the Grand Prize with our script BEYOND THE MOON, my writing partner and I have already received countless inquiries about our work, as well as potential production opportunities. Everyone at Faith In Film has always been so kind and so supportive. Thank you, thank you, thank you for being there for writers of Faith based works! We are honored and humbled by the experience." - Ken Jones

"Nice job in a tough year. We were thrilled to win the Best Ensemble Award for "Gift", and highly recommend this festival to anyone wishing to promote faith based stories." - Alexander Julian III

"Such a gorgeous film festival with such a beautiful intention! This is what the world needs! LOVED everything about it and am so grateful & happy for my first short film LOTUS to be a part of it and to have even received the award for "Best Cinematography". What an amazing team, great communication & organisation. Many thanks for all you are and do." - Angelika Furster

"We had a wonderful time at the Faith in Film: International Film Festival and Screenwriting Competition. It was great seeing our Teaser up on the big screen. Unfortunately, with the C-19 lockdowns there was minimal audience attendance. But those who did attend were very kind and enthusiastic. The host was very warm, and accommodating too. Of course, winning 7 different categories turned out to be a wonderfully unexpected birthday present too!" - Rob Skiba

2021's Screenwriting winners received consultation packages provided by Roadmap Writers that included consultations with top talent managers in New York and LA with a minimum of one hours worth of script notes from an industry pro for the grand prize winner. Our top two finalists also received individual industry consultations.

Beyond the Moon by Ken Jones and Suzanne Fitzpatrick

The Christmas Kid by Carmen Lindsay

The Race by Stephanie Banks

The Second Son by Leonard Varasano

A Season of Miracles by Valerie Peterson & Bonnie Peterson

360 A Full Circle by Dar Bryant and Annalee Banks

Revenge of Art by Timothy Paulson

No Place I’d Rather Be by Steven Martin

In a Heartbeat by Juana Stockham

The Banner by Ernestina Juarez

All film winners will also be awarded credit and recognition on IMDB! 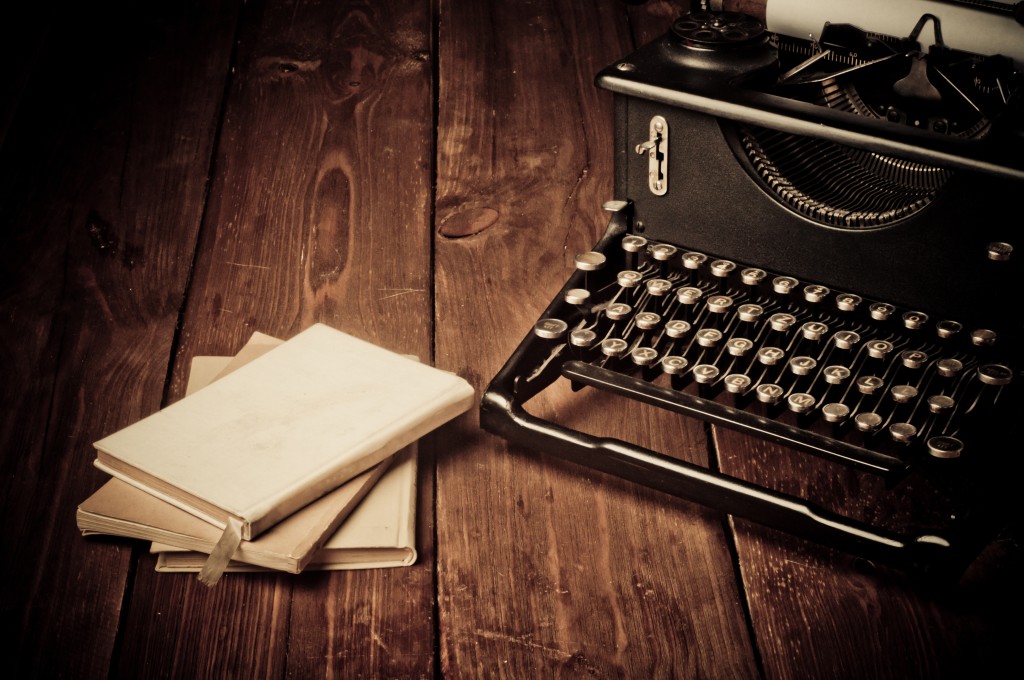 2020's Screenwriting winners received consultation packages provided by Roadmap Writers that included consultations with top talent managers in New York and LA with a minimum of one hours worth of script notes from an industry pro for the grand prize winner. Our top two finalists also received individual industry consultations.

"Great film festival and screenplay contest. Professional all the way. Look forward to entering again. Highly recommended as a way to get your material in front of the right people"

"Well, what I can say. My script "Blood Trigger" was chosen as the grand prize winner of the 2020 Faith in Film International Screenwriting Competition. I personally received a phone call from the festival director, letting me know my script had made the list of three finalists. The next day, I found out I was the winner! In the short time since I won, my script has been submitted to six production companies and managers. Hoping great things will happen. Thanks again!"

"Delighted to have 'Love is Mute' as a part of the Official Selection of Faith in Film's competition! Appreciated how quick and communicative the festival was."

The Good Shepherd by Judith Sears

Tongues of Men and Angels by Elizabeth Hayes

Go for Broke by Stephanie Parker

At the Mercy of Faith by Samuel Lee Taylor

Down is Up by Ligia Maria Storrs Rojas & Justin Storrs 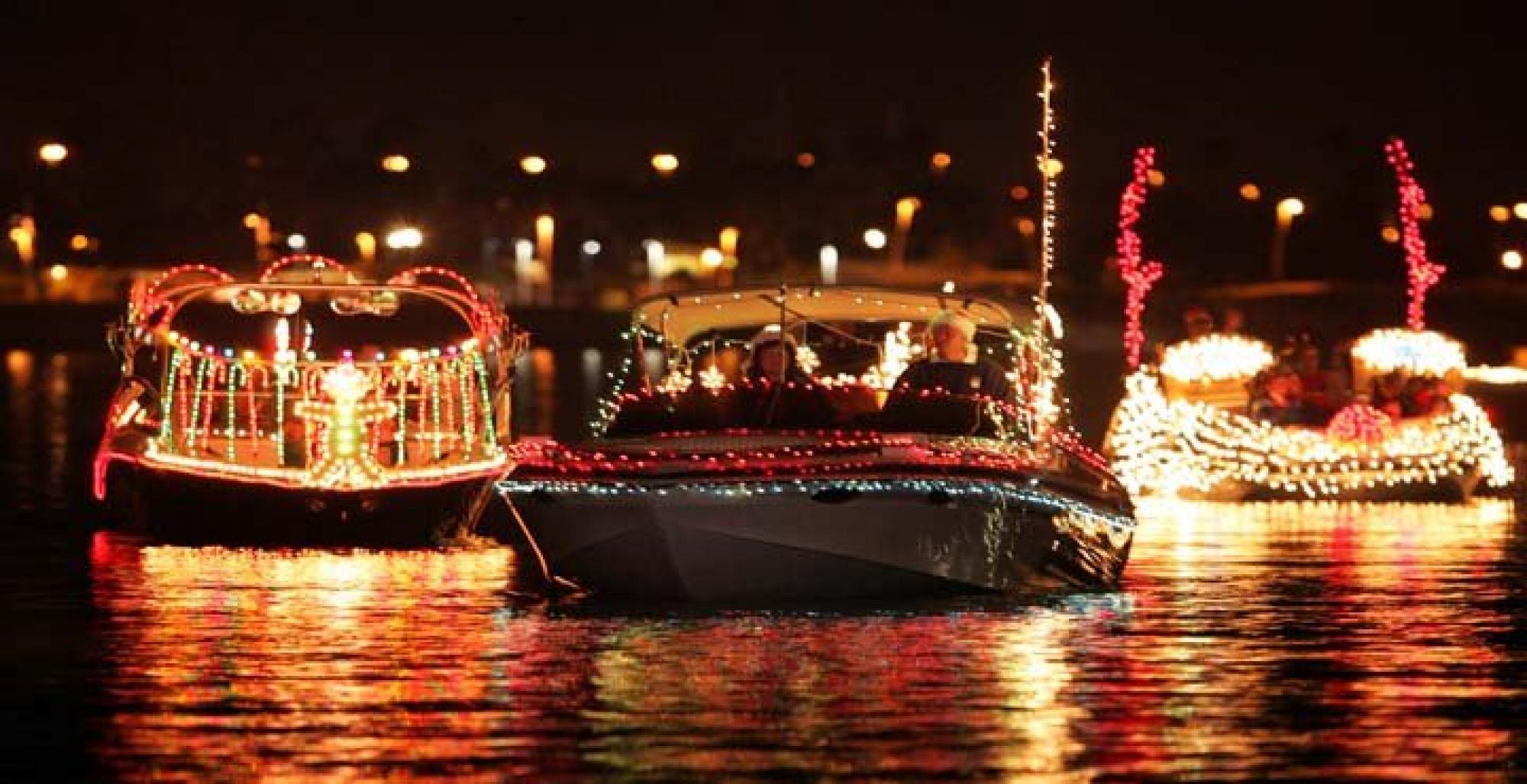 The Watchmaker by Steven D’Addieco

Throw Away a Miracle by Jerry Perez

Executed and Risen by Salvatore Bono

Quest for Light, Adventure of the Magi by Byron Anderson 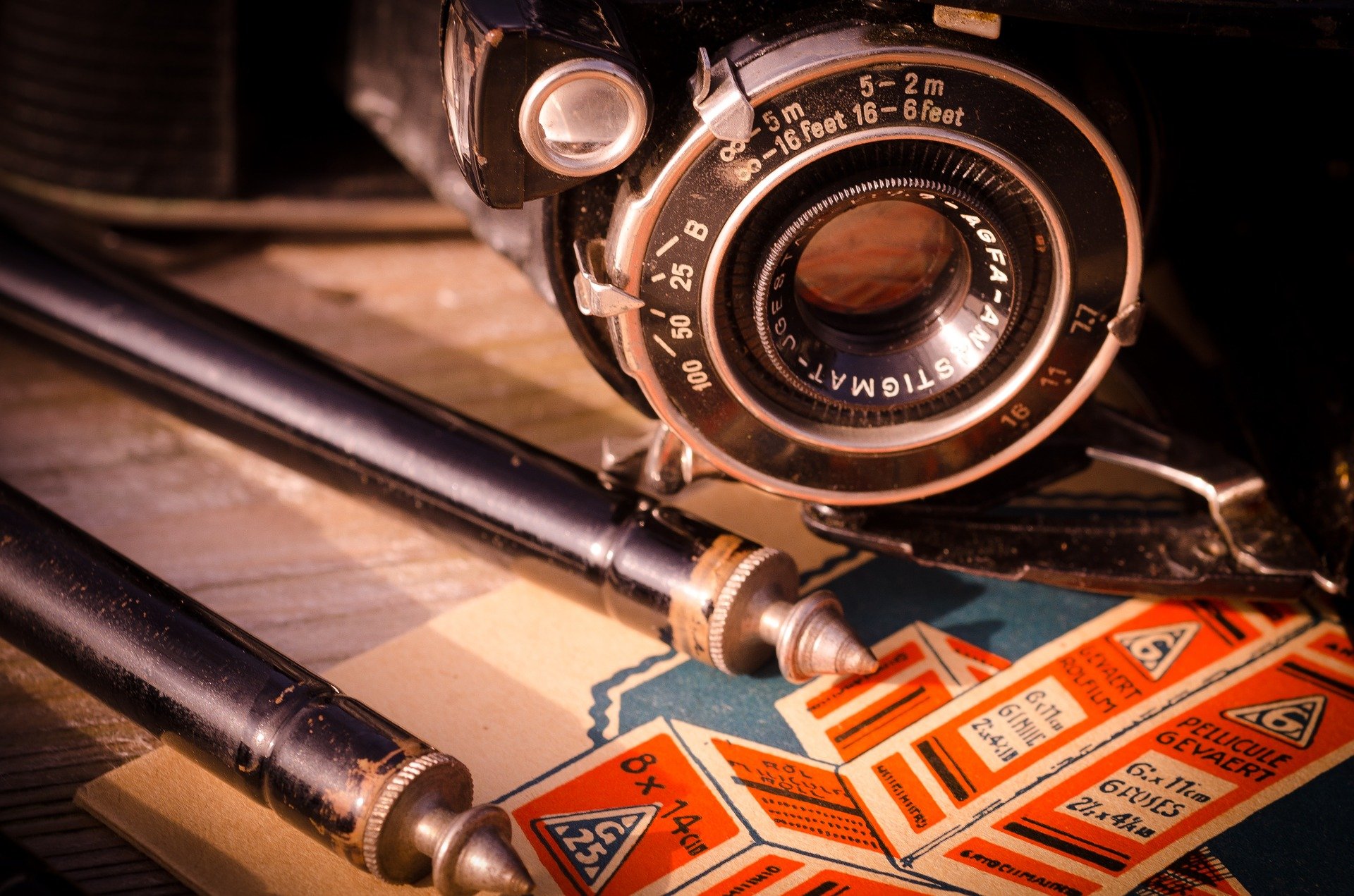 "My screenplay, "Flash Drive" was a Semi-Finalist in the 2020 competition. Congratulations to those who became Finalists. I want to thank everyone at Faith In Film for giving us faith-based writers an opportunity to participate in this competition."

"Many thanks to Joseph and his team at Faith in Film. Our script "Challenger" was named one of three finalists in this year's competition. Just a few days after a notification call from Joseph, the script and log line were distributed to production and management companies with proven track records. Credit goes to Faith in Film for creating genuine opportunities for screenwriters."

"I am so honored that my script, The Good Shepherd, was selected as a semifinalist in the 2020 Faith in Film competition. It is one of the first competition outings for this story of a 1st century Galilean shepherd whose life intersects Joseph, Mary and the child Jesus, so I was grateful that Faith in Film provided written feedback from the last round reader. That will be very helpful. In my interaction with the festival staff I felt they demonstrated a real concern and respect for writers and supporting writers in pursuing their careers. Congratulations to the other semifinalists, finalists, and Grand Prize Winner! A great opportunity!"

Love Is Free Will by Amanda Samaroo

The Christmas Notes by Craig Clyde

Forces of Balance by Maurice Lewis

Saving the Moon by Brian Shoop

At The Mercy of Faith by Samuel Taylor

The Heart of a Tiger VI by SreyRam Kuy

The Chariots of Motown by Christopher Sansone

The Jihadist’s Opera by Salil Kapoor

The Joby Project by Michael Long

A Private War by Christine Inserra

The Translator by Al Sproles

Emails from Heaven by Carissa Steefel

Always Something There to Remind Me by Terry Gau

The Hollow by Abigail Taylor Sansom

The Fallen Angels by Charles Kowalski

Quest for Light by Byron Anderson

"If you've got a screenplay where faith plays a part in your story. Then Faith in Film: International Family and Faith Screenwriting Competition is the contest for you...  It will get exposure to top faith based production companies."

"Thank you Faith in Film for all that you do for emerging writers to help promote our projects. I was very excited to receive a call from your team to notify me of my prize. Also, Janet Lee is the absolute best director - making everything run smoothly. I look forward to more wonderful connections through Faith in Film!"

"Thank you Faith in Film!" 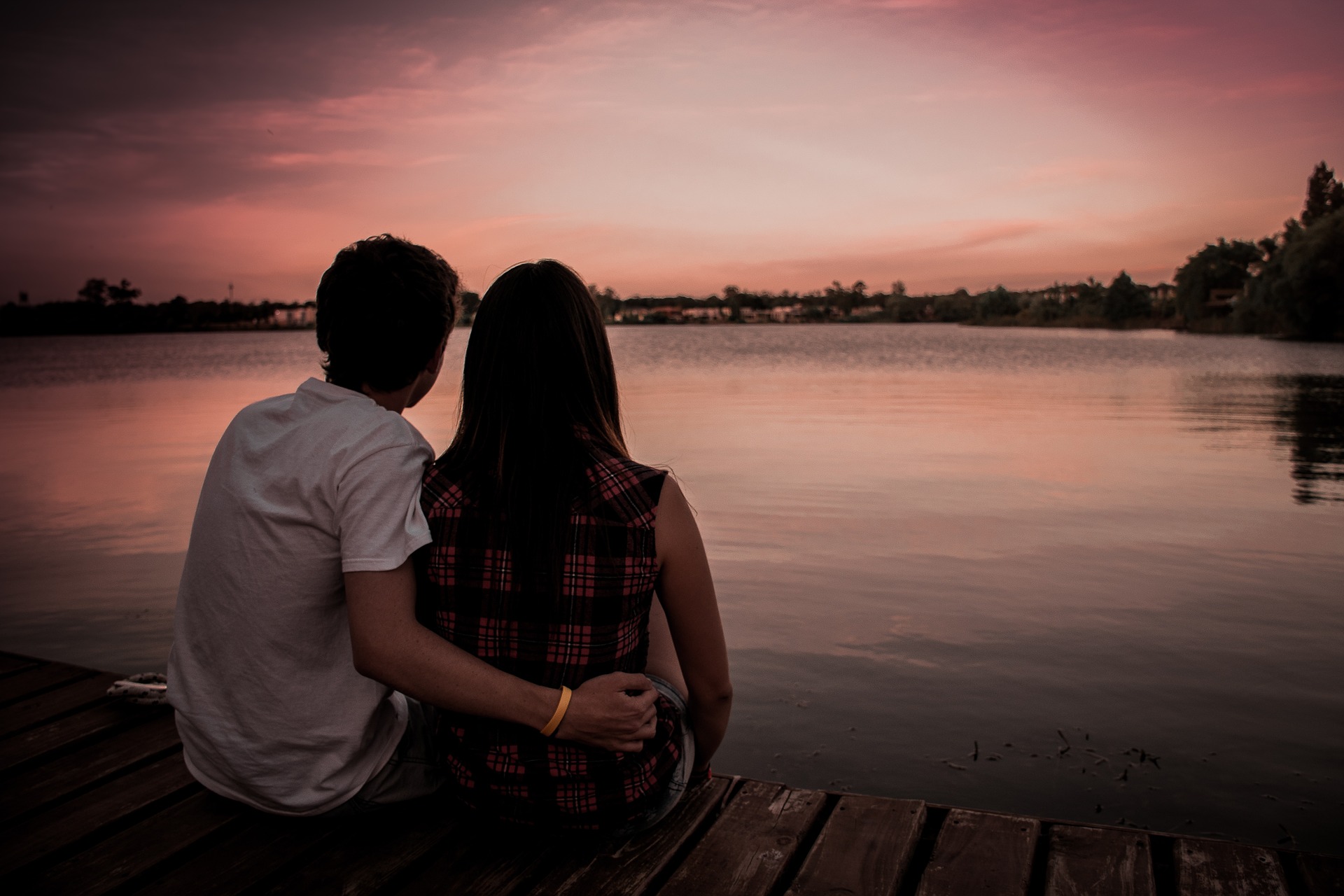 Even a Just Man by Mark Christopher Boyd

Quest for Light by Byron Anderson

Kick Back by RC Atchisson 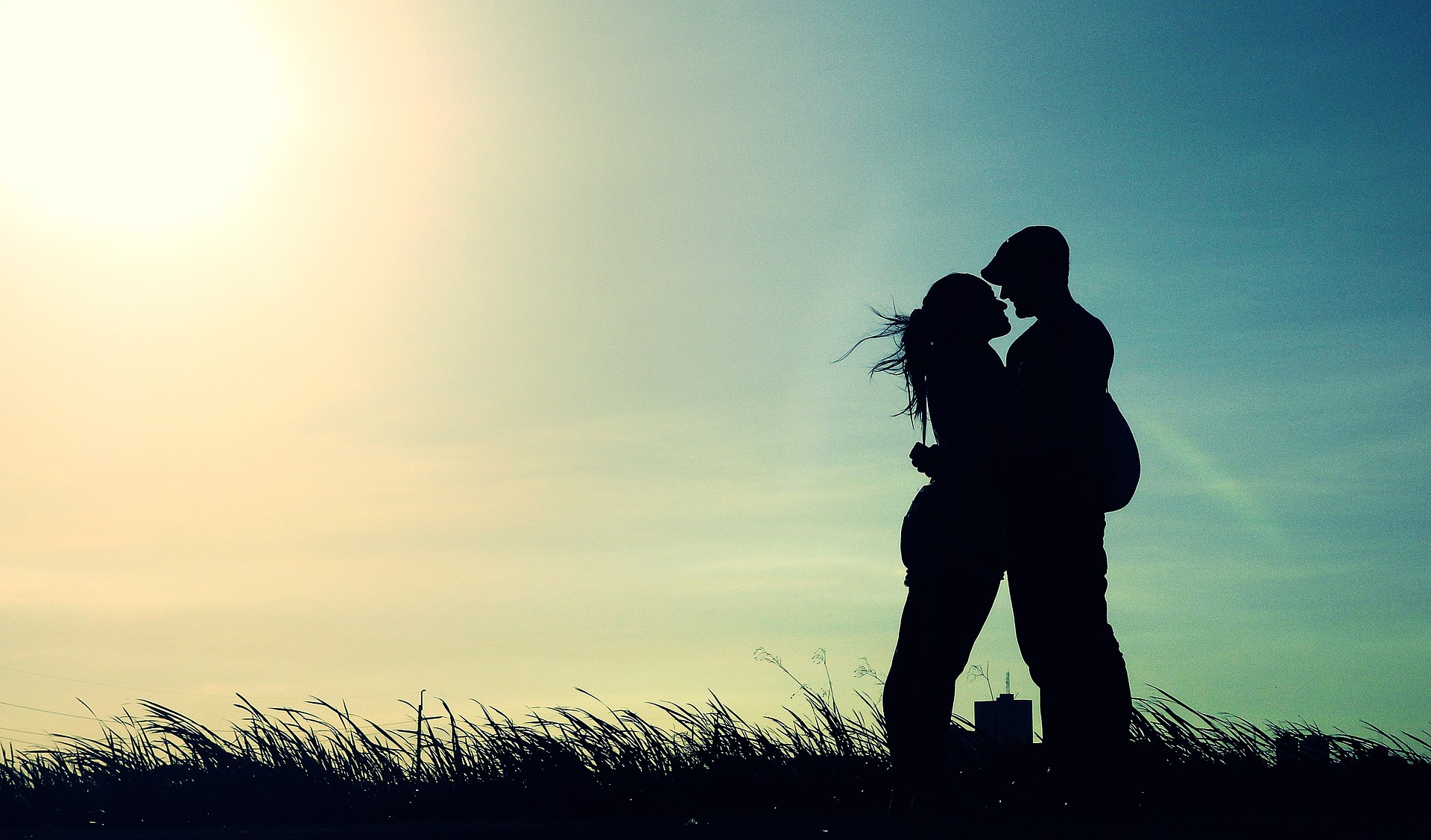 "So great to see so many people at one festival who were down for Faith Films!"

"All contests start out having to get their feet wet with the process. I'm so glad this contest is pushing forward because I think it'll be a major contender if they keep to their goals. I love the fact that faith films can be cutting edge; I love the fact that this contest actively looked for that. I'm a firm believer that family and faith films need to "cross-over" and speak directly to the heart of the wider audience. Thank you for the prize and accolades. Best to you as your festival grows."

"It was a great honor to be included in this film festival and screenwriting contest. They were very professional and great a communicating. Thank you for selecting Resurrection Time Conspiracy."

"I am encouraged that family and faith film festivals exist. I was thrilled to hear that my screenplays were accepted into the festival."